Successful inauguration of fish ladder at Sluispark in Leuven

On Sunday 13 October, we inaugurated the fish ladder in Leuven along with Flanders Environment Agency. Many people showed an interest in this achievement on a sunny day. Thanks to this fish ladder, fish can now swim upstream around the weir and reach the upper and side waters of the Dyle to spawn and rear their young there. An initial test revealed a range of fish species.

In the region of Sluispark, the weir on the fourth arm of the Dyle ensures that the water in the Dyle is high enough to feed the canal. This creates a difference in level of more than one and a half metres between the waterline upstream and downstream from the weir, which prevents the fish from swimming further upstream.

Fish are already finding their way

In order to resolve this sticking point for fish migration, the Flemish Environment Agency built a fish ladder around the weir with support from the LIFE Belini project. This fish ladder splits up the unbridgeable difference in level into 23 smaller steps of 7cm, which the fish are able to swim up. The various fish species can make their way upwards through the small openings between the large stepping stones.

Initial research revealed that at least 8 species of fish were already using the fish ladder or had settled in it. These were typical stream fish with a preference for flowing water, such as chub and dace, among others. But unusually, the presence of two spirlins was also noted. This fish is mainly found in fast-flowing side waters of the Maas, such as Semois, Lesse and Ourthe, but also feels at home in the swirling waters of this rock-lined fish ladder.

The design of the fish ladder was chosen to be of interest not only to the fish, but also to visitors to Sluispark. It is possible to walk around the fish ladder or cut through it using stepping stones. This allows people to get closer to the water, which offers a better experience. The photos below show how many people are already enjoying this. 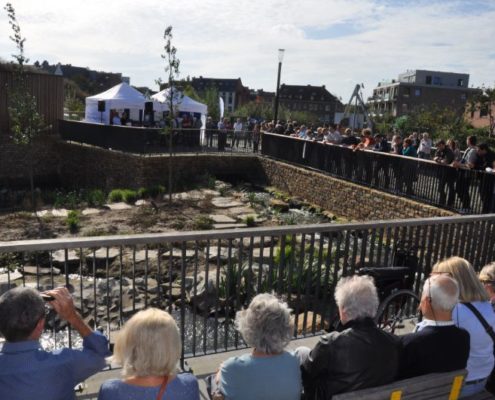 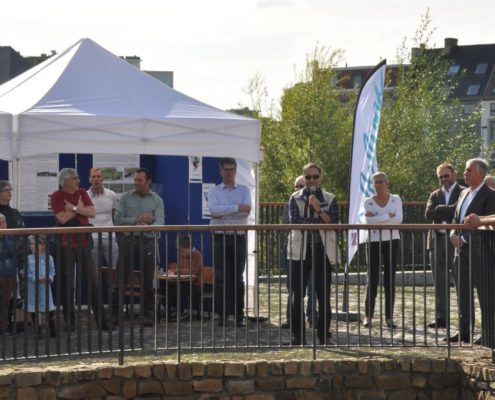 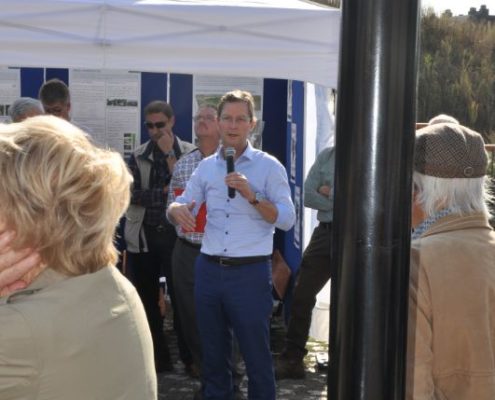 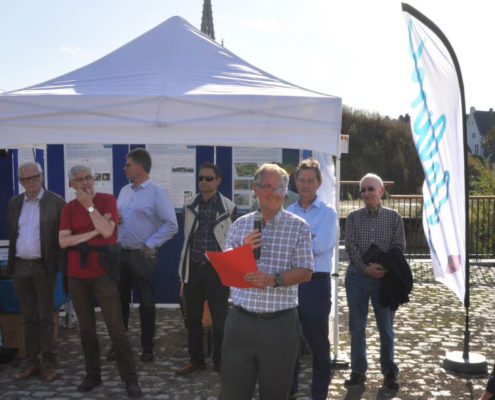 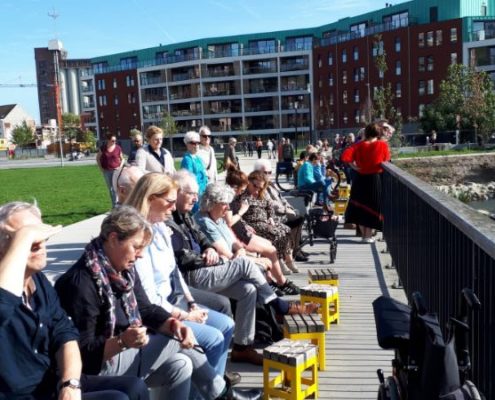 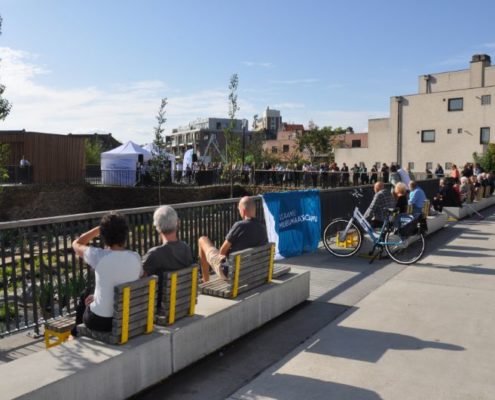 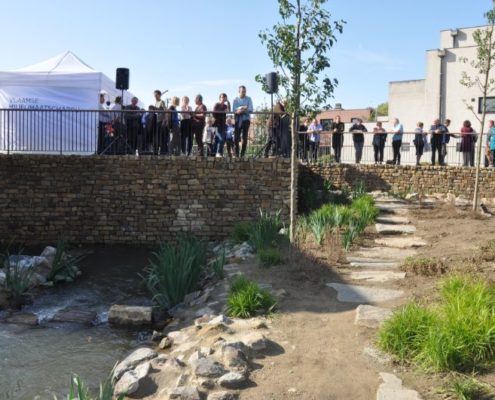 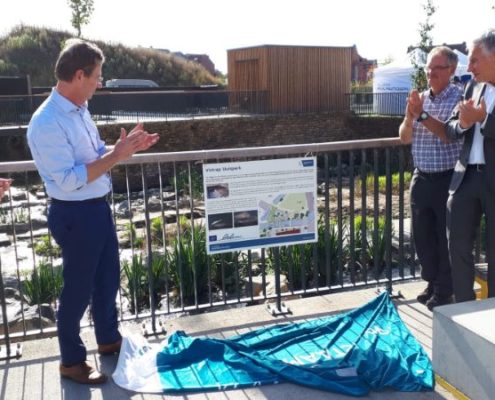 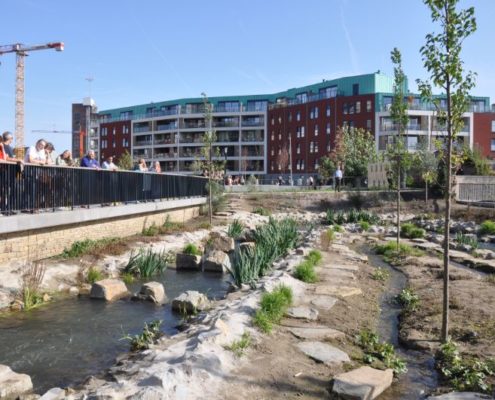 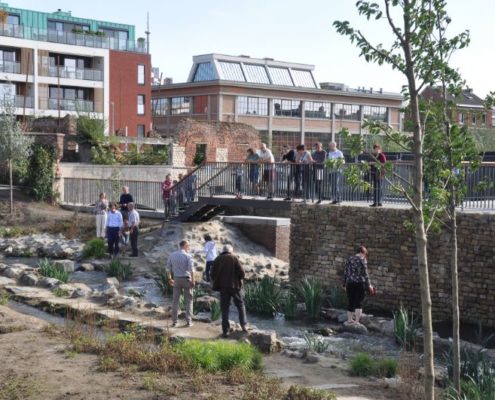 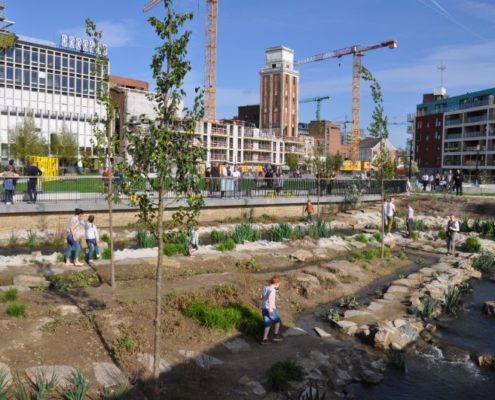 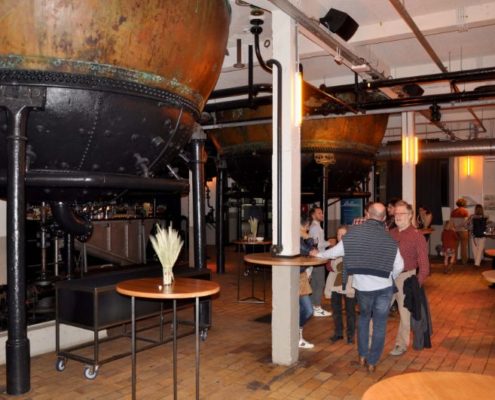 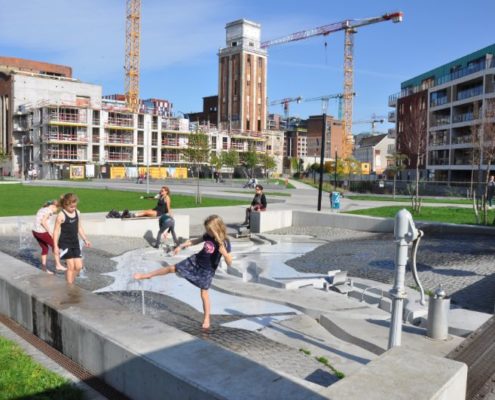 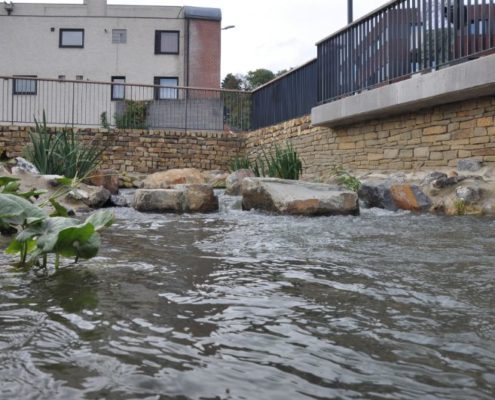 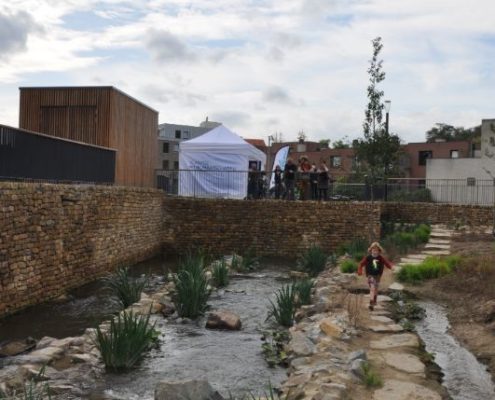 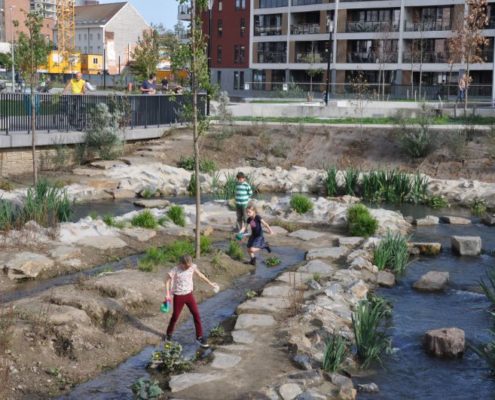 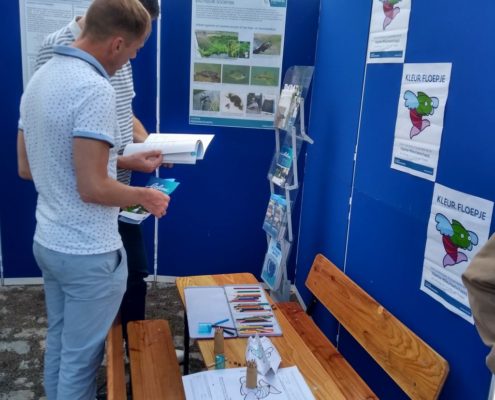 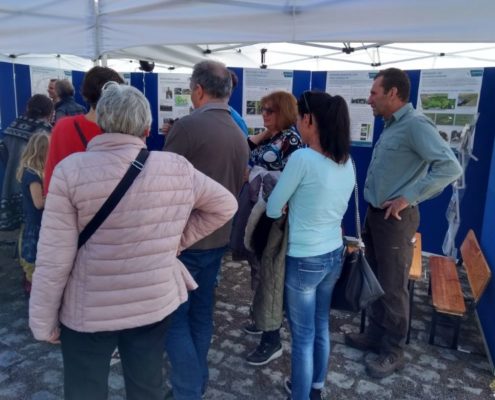 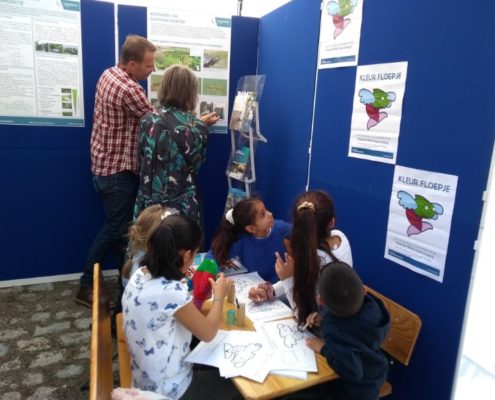 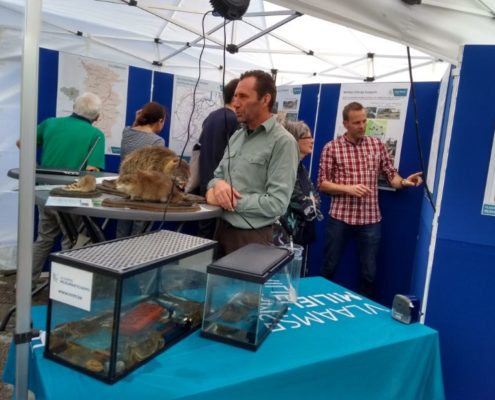 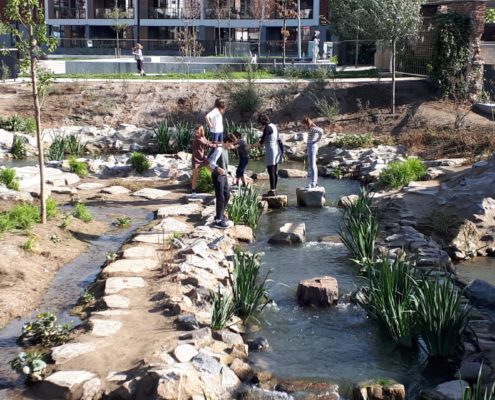 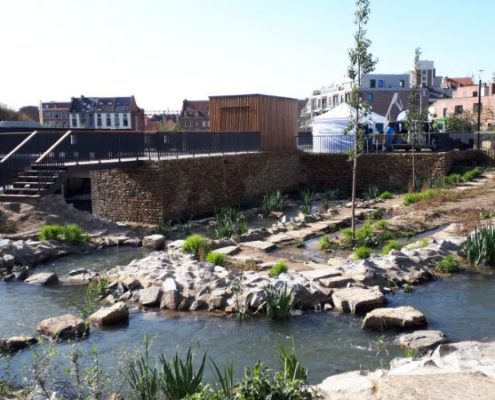 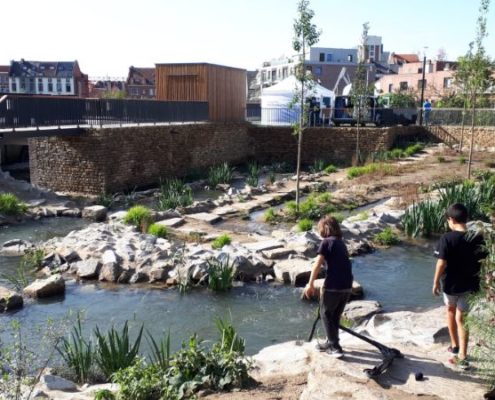 European workshop on the implementation of river basin management plans